Happy and delighted for the horses racing on the shores of time, happy and gay with joys and pains of the bumps in the road. Happy with the ships passing in the night, gifts to share with the written views of the changes in the views that have shaped my life. Help for the others, and gifts to share of the sunny and bright turns and twist in the roar of the ocean, and the rocks under the sand. Lessons learned the first time, turning the pages, and flipping the cards, 54 ways to play this hand. Good times, sad times, and times to keep on sailing to brighter dazes, and blue heavens filled with the blue stars shining bright.


Life of hope, life of dreams in action, love of the life given for the hard knocks. Schools for the teaches, schools for the lovers, schools for the freaks out at night. Lessons to learn about what true love is, facts or fictions tales of the love and devotion between two people. Male or female, friends and family members, for a short period, flip the cards, flip the coins, time for growth and time to start over again.
Happy and delighted to share my views of a better daze, for the love for a man and the ties that are strong enough for the long runs against time and space. Gifts to share daily for the good, bad and ugly deeds done in the name of love. Not always true blue for the long winter nights in the arms of true love for the long runs on the sands of time. Hope all your wishes and dreams are granted for the rewards of the acts of kindness given for life.

Hope helps clean the nightmares, of life in hell with the frogs and gods from the center of the earth. Devils or seven snakes within the tribe members. Last rites of passage on the dark side of the moon, horses racing on the sands of time, water for the rats at the end of the races done daily. Horses to walk after a long run on the shores on the sands of time, racing for the end of the rainbows, and the pots of gold, gifts to share. Words and gifts of the tales and stories of the bumps in the road here.


Hopes and prayers for the whales on land, joys and pains of the school of Hard Knocks, degrees in bullshit and faithful, what that means is love and devotion from a twisted and bend lot of coppers. Faux friends to date, good times with the meth, good times with a sucker or two, gifts to share with oral talents to last a life time. Happy and delighted for the life to live large in a blue state of mind, hopes and prayers for the sunny dazes on the beach, trips to the moon, trips to hell to dodge. Once in hell with the whales on land, last a day and forever, hard to face the facts, that goodness and mercy was lost in this tribe of sinners and saints. Best to leave the snakes alone under the rocks, under the sand and surf, watching the ocean work day in and day out. Dream life for the freaks.


Standards Set, Stands For Rites, Trees In Storming weather, gales of winds, trees in the wind. Just one nut, just one dogwood trees, good times, the dogs out in the woods. Dogs and dicks, dogs and bitches, days in the woods, days in the trees, days in life in a trailer, in a RV, good times. Movies to watch, TV shows, hopes and dreams on the down side. Hopes, wishes, dreams in actions, dances on the sands of times. Hands out, hands up, hands down, trips to the moons, trips to the dances in the sands, hopes burning fires, going strong.

Time on Cross, Blood Moons, Snake Dances, Fires to burn, food to eat, dances under the moonlights, good times. Dances to dreams, actions of mountains to climbs, castles to find, joys and pains, bumps in the road to dodge. Glory dazes again, joy and happiness, family fairies to sing, to color the nights bright and blue. Peace and understanding requested, fires burning on the sands of time, songs to write, to tell the story for the frogs and fish to see, plenty of fish to farm. Time on cross over and done, devils place with hell hounds, jackasses and donkey packs, in the hills, valleys of cows, cattle out to roam, buffalo girls and buff forever, dogs in heat. Castles to build, giants to find, searches on, cowboys, tree huggers, pirates and sea captains. Calls are out to Peter Pan, Caption Hook, and Petey the Pirate, to sail the seven seas, today for dreams.

The actions and the behavior of this family, was it Steven Jay Jarrot, who gave the commands for the money spent of LLissa Desilva to give to his kid. He did not know the meaning of the word love ever it appears with his actions. Steven Jay Jarrot, wanted LLissa Desilva dead, and he wanted her money to make his lifestyle better. He was and still is a meth head, and his world is ruled with this drug, he wanted LLissa to stave to death.

On May 5, 2013 he made statement that death would be welcome for him during a fire that almost killed both of them (Steven and LLissa), in a RV that caught on fire in Redlands, California in August of 2012. It was an event that occurred early morning, and they were no longer able to live in that RV. So Steven sold the RV two times, and was okay with not answering phone calls for the return of $1100 from Nelson and his family, and Carlos and his wife ended up with the RV, and he was delighted to cheat them out of the money that he was given. Carlos had to spent Thousands to get the RV back on the road, so that he could leave the state and go to green pastures in Texas.

The RV did not make it, and Steven Jay Jarrot, was delighted that they could not take time to write about the disappointment of getting a lemon from him. He wanted to prove his self to his in laws; Carlos did and needed a place for his family while working in the oil fields that was open to him. It was terrible that Steven thought this was the honest and decent behavior. It was not. And it has never been the right thing to do for an honest, decent, or trustworthy thing to have done. But Steven is a thief that can justify anything and everything that he does. He has been lucky so far that he has not crossed the lines and come to the attention of the police and other law enforcers’ officers that were ready to go to bat, to correct these actions. Why would they?

Steven stole LLissa Desilva, car and told police numerals times, it was a gift from the disable veteran, which is and was not the case. So he told story to AAA on May 9, 2013, just before he had her removed from the account, to add Daniel George of 121 Palm #407, in Ventura, California so that he could receive stolen car by AAA, and Rachel Jarrot got her driving license thought AAA for $900, that LLissa paid for without her consent. So now Rachel Jarrot is 18, and the receiver of stolen cash for lessons, and a membership in AAA, and she is so delighted that LLissa is out of her father’s life. The actions of Steven Jay Jarrot, Rachel Jarrot, Sheri Jarrot, Charley Jarrot, and let’s not forget Sima Jarrot, who likes to select who she will speck English to, are in bed together with robbing from the disable and weak. LLissa Desilva.

LLissa paid with cash and almost her life to live with this army of frogs. It was okay, LLissa was not Jewish, and Steven Jay Jarrot, was not able to inject the Jewish element, because he could not get a hard on ever. Steven Jay Jarrot used LLissa to get men so that he could have sex the way he wanted it. He liked men more than women, and he was hurt because his girth was to much for the men that like the muscles not the fat that Steven shape and size was and still is. He started out at a 38 inch waist, and now he is at 44 inches around the middle, and believe me it is not a pretty site to see him laying down.

He looks like a whale stuck on the beach. Is there a market for this over sized man? He likes sex with men, he has no use for female sex, that is the lie that he lives if he goes out with women. Fake sex by using mouth and an oral specialist of craigslist late nights looking for men to put a hard one in his mouth or backside. Sex with women are fake and they are used to find bisexual men to play with Steven , and no tool for the exchange unless you bring another man for the sex with women is how he enjoys pounds of fun.


Time on Cross, Blood Moons, Snake Dances, Fires to burn, food to eat, dances under the moonlights, good times. Dances to dreams, actions of mountains to climbs, castles to find, joys and pains, bumps in the road to dodge. Glory dazes again, joy and happiness, family fairies to sing, to color the nights bright and blue. Peace and understanding requested, fires burning on the sands of time, songs to write, to tell the story for the frogs and fish to see, plenty of fish to farm. Time on cross over and done, devils place with hell hounds, jackasses and donkey packs, in the hills, valleys of cows, cattle out to roam, buffalo girls and buff forever, dogs in heat. Castles to build, giants to find, searches on, cowboys, tree huggers, pirates and sea captains. Calls are out to Peter Pan, Caption Hook, and Petey the Pirate, to sail the seven seas, today for dreams.
PARTY AND PLAY WITH DADDY, STEVEN  JARROT TRICKS NOT TREATS, SPOOKS AND SNAKES A LIVE  TRADES SEX AND DRUG.... cheap tricks.  RACHEL JARROT, 7608512267, IS A CHEAP PROSTITUTE. GOOD TIMES, BALD HEAD AND ALL.  WHO SELLS HER ASS FOR A PAIR OF PANTS, THAT FIT :BALD BUTCH. HER MOTHER, SHERI JARROT,  ALSO IS WHORE WHO TAUGHT RACHEL AKA RACH JARROT,  Jay Notes, name changes, hiding out, from stories of dream life.  Rach Jay: FROM UPLAND, BY  WAY OF LA QUNITA.  AT A YOUNG AGE OF 6 TO SUCK DICK, SIMA JARROT: STILL DOES TRICKS: AT AGE 88. SHE MOLESTED HER SON CHARLES R. JARROT: AT 13 AND HE WAS TAKEN IN TO CHILD PROTECTIVE SERVICES. 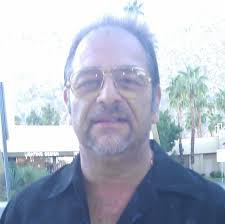